Migration Trails of Our Ancestors

I LOVE traveling to the areas where my ancestors lived!


When I am preparing for a research trip, I bring along all of the necessities:  my laptop, my Flip-pal scanner, a magnifying glass, little colored Post-it flags, a change purse for copies, my digital camera, you know what you need to bring.  Oh!  And my glasses!  I forgot those one time and paid a dear price.


I also take along my 15-generation pedigree chart.  I still use a paper copy of a pedigree chart, for it serves as my road map for research.  Plus, if I happen to step away for a moment while in the library, I almost always come back to see other researchers looking at it!  They want to see if we connect.  I also take a few extra to give out, for people are always asking me where I get them. 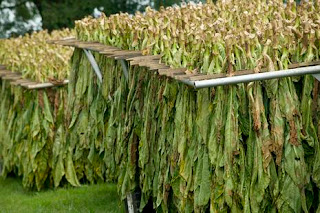 But, I love looking around the areas where I research.  The hills and hollers of Kentucky with the fields of tobacco waiting to go into the tobacco barns.  I love looking at the rolling green hills of Virginia, with the peaks of the Appalachian Mountains and their beauty.  The grandeur of all of this wonderful land takes my breath away.

I have also visited and photographed a few of the homes of my ancestors.  One that stands out in my memory is that of Zachariah Johnston in Lexington, Virginia and has been on the market for awhile.  It was built in 1797.
The price tag is $1,500,000.00.  I want it.
. 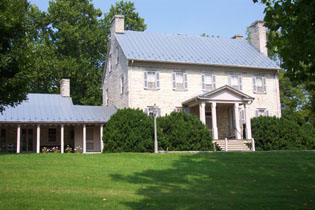 But, my people didn't stay in one place, and neither did yours.  They moved on to other areas that were considered "the west".  That would have included Kentucky, and also the Northwest Territory, which included Ohio, Indiana, Illinois, Michigan, Wisconsin and a portion of Minnesota.


People moved for many reasons:  in Virginia, it might have been because the land had been "burned" by raising tobacco year after year.  They may have received land for military service.  There may have been extreme climate conditions.  Do a google search on "the year without a summer 1816" and you will be astounded at the effects of volcanic ash from Mount Tamboro, which erupted in Indonesia.  It snowed through the summer, creating ice on ponds from New England to North Carolina.  Crops were destroyed and people didn't know how they would feed their families through the winter.


There was also the promise of bigger and better things.  Young people left New England to come to Ohio and they rarely went back.  After that devastating year without a summer, the word went out that in Ohio, you could raise 3 foot turnips and 14 foot tall cornstalks.  Let's go!


Perhaps there had been the death of the patriarch of the family.  The oldest son received the land, so as a younger son you knew that whatever you may have received was all that you were going to receive.  We'll just move on.  And, they did.


Most migrating New Englanders went to the Western Reserve.  Those in the mid-South went on to Kentucky, Tennesse, Southern Ohio.  I have seen entire neighborhoods in Virginia move to the area along the Ohio River.  What brought them there?  Industry.  Promise of a brighter future for their families.


In a few cases, where a lot of land was received for military service, the taxes could not be paid and they lost the land.  Lots of it.  They packed up what they could and moved on into southeast Kentucky, farmed out some of the kids and tried to make a living.


All of the above reasons were taken from personal examples from my own family research.  And, even my very own immediate family.  My father was a coal miner in West Virginia.  There were three little girls to feed.  There didn't seem to be much of a future for him or his little family. After a trip to north-central Ohio, he came back to tell my mother of a place where:  #1 - He could get a better job.  #2 - There would be a better chance for his girls' education.  #3 - There was no Mormon Church.


They moved on a freezing cold New Year's Day in 1950.  Dad was eventually able to get a good job at Westinghouse.  My three sisters went into Junior and Senior High School.  And...the area opened up for the Mormon Missionaries.  (Mom and my three sisters had been baptized in West Virginia)  Five years later, I was born.


Sometimes I wish my ancestors would have just been still and stayed in one place.  It would be a lot easier for me to find them.  But, I'm grateful to be able to go see where they lived in this gorgeous land called America.


To research, we must look at the roads and trails that were most popular at the time our ancestors lived.  We must look at the social customs and trends, the possibility of military service, the congregations and neighbors they associated with, the trends of modes of travel, the histories of their towns and villages.  We must not use "presentism" - which is placing our current modes of thinking and tradition back to the time they lived in.


And, if possible, travel along the same road they did.  See what they saw..and learn to appreciate them even more.