Nine years.
It's been nine years today that I received the worst phone call of my entire life. A kind doctor from Florida was on the other end:
Nurse: Mrs. Lauritzen?
Me: Yes
Nurse: This is Celebration Hospital. One of our doctors would like to speak with you.
I already knew.
Him: Is this Peggy Lauritzen?
Me: It is.
Him: Do you have a son named Peter?
Me: I do.
Him: Do you happen to know if he was a drug user?
Me: Oh, yes. He certainly did use them. I can tell you each one.
Him: Ma'am, I'm sorry to have to tell you this, but your son passed away at 3:12 pm this afternoon.
I immediately sprung into action, calling Jordan, who had just left with his family to go see his dad, who was getting off work at the Post Office. I talked with Kerry, who came straight home. Jordan called Erik, and before long, all were gathered at our home. Harmony was still serving in the Army in Hawaii.
Those two boys helped their parents get through the roughest night we had ever had. I don't know how Andrea Nelson Clark even found out, but she appeared at our door with a huge amount of Kleenex. We used nearly all of those boxes that night.
We got in touch with friend Linda Clark, and her daughter Debbie Lupinacci, who had been friends with Peter in Florida. Through dozens of phone calls and millions of tears, the boys went to their homes, and two grieving parents went to bed.
At 7:00 am the very next morning, I was at the hospital for back surgery. When the doctors and the nurses asked me if I was sure if I wanted to go through with it, I emphatically said, "Yes! Please knock me out!"
A day or so later, Kerry and Jordan drove to Florida to retrieve Peter's belongings. Thirty years of a young man's life fit into a Rubbermaid tub.
His memorial service was three weeks later, when I could actually make it there. In all of my years of attending church in the same building, I have never seen so many people there. School teachers, choir and piano teachers, Scout leaders, practically everyone who had ever known Peter who was in the area was at his memorial service.
His cremains had arrived about a week and a half earlier. There were people from my church who knew the day they would arrive, and said they would be at my house that day. I didn't know then, but I sure do now, just how important it was to have support there when "he" arrived. My son came home in a little, tiny, heavy box.
We buried him on his birthday in April; and a couple of years later we picked out a headstone that represented his talent as a musician.
I miss him.
I think about him every single day.
And, I can hardly wait to hold him again... 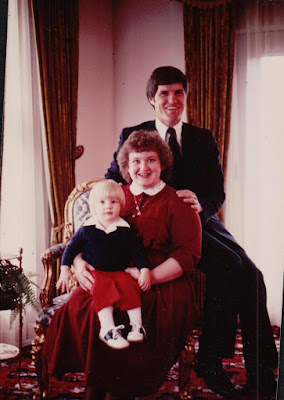 Posted by MissPeggy55 at 5:40 PM No comments: Links to this post