It wasn't supposed to happen this way.

You raise your oldest child to be your oldest child.  They are the ones you can usually count on to move into adulthood with you before the younger children, to look out for you and your spouse, to help make some decisions, to talk to about plans when you can't care for yourself anymore.

They are not supposed to be buried before you.

Peter William Lauritzen was our oldest child.  He was born when we were still growing up ourselves.  He's the one we made our parenting blunders on.

He was the oldest of our four children.  They were stairsteps, for the fourth one was born when Peter was only five years old.  He didn't like the other kids coming along, for he enjoyed being with just us.  But, they kept on coming. 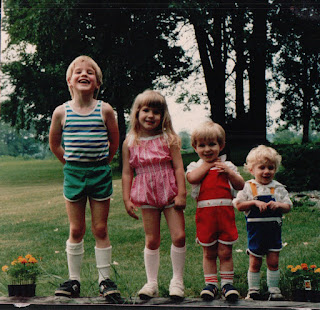 He grew into a handsome young man, developing his piano talents along the way.  He truly had a musical gift, for when he played, people would stop in their tracks to listen to him play. 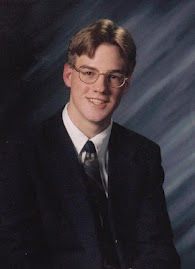 After serving a mission for The Church of Jesus Christ of Latter-day Saints, he fell into a lifestyle completely foreign to us.  It took him further and further away from family and the values he had been raised with.  He became someone we didn't recognize anymore.

He delved deeper into drugs and alcohol and illicit moral activity.  His body became ravaged and diseased.  It was difficult to recognize him anymore.

One afternoon, after spending time with my son and his family, I came home to hear the phone ringing.  Though there were many things to do after being gone all day, I knew I had to answer it.  After a few questions from those on the other end, I knew what was coming.  Peter had died.

I quickly got in touch with my sons and my husband.  All of them rushed home.  Through the evening, these young men guided their parents into thinking straight.  I was scheduled for surgery the next day.  Peter's body and belongings were in Florida.  While the world was spinning around me, I felt strangely still.

Now, nearly three years later, Peter's stone is in place.  It took me awhile.  There were many times that Kerry and I drove to the monument company to look over stones and make a selection.  But, after driving there, I just couldn't bring myself to do it.

But now, it's done.  His final resting place is marked.  There's nothing more I can do for him.

But, parents just are supposed to outlive their kids.  It's not supposed to work that way...but, sometimes it does.

Rest in peace, my beloved son... 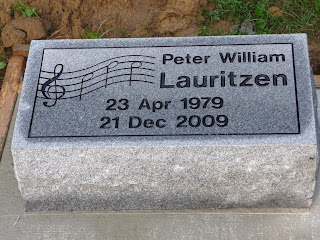 I have not set out on a quest to discover the forgotten babies in my family.  It just happened.
Little Faye Stevens, youngest sibling of my mother, Ida Stevens Clemens, and the only other girl in a family of eight children.  She died at age 3 of acute lymphatic leukemia.

It first began while perusing the West Virginia Death Records that are available online.  http://www.wvculture.org/vrr/va_select.aspx  My parents, along with a couple of my dad's brothers and their families were living in the West Virginia coal camps in Logan County.  I had heard my mother mentioned that her two sisters-in-law had a number of pregnancies, along with a number of miscarriages and premature births.  Each of these aunt supposedly had 18 pregnancies.

I found a number of these premature babies listed, along with children that lived.  My heart began to break, for I saw many causes of death that could have/would have been easily preventable today.  Such causes included rickets, malnutrition, childbed fever and syphillis.

I found where many of these young ones were buried, for it was included on the death certificates.  Some made the trip back to Olive Hill, Carter, Kentucky and a couple of others were buried in Logan County.  Even though my parents knew the families intimately, not all of the babies were included in our records.

Another big surprise happened while teaching at a genealogy conference.  I decided to go "live" onto FamilySearch.org and demonstrate different ways of researching.  While illustrating how one can do a "Parent Search", I filled in the names of my mother's grandparents, Benjamin Franklin and Celia Moore Gearheart.

My mother knew this family quite well.  They lived nearby.  She played at their house.  They died when she was well into her adult years.  But, while I was waiting for the screen to load, I was taken by surprise.  There appeared an entry for Matt Gearheart.

Matt.  Who in the world was Matt?

I searched over all of the records I had, plus went into the files given to me by my parents, and there wasn't any Matt listed anywhere.

First of all, Matt is not a name common in my family, or even in that part of Kentucky.

Second, he was born and died the same year as my mother.

Third, I have noticed a tendency that when a child died in New England, they often named the next child of that same sex the name of the deceased child.  That's not always the case in the South.  Many times, that child's name was just not spoken again.  It may have been  just too painful.

I have now come across forty babies.  I have not set out to discover them, for I didn't know they needed discovered.  At times, we may see a gap in the usual number of years between the births of children that may elude to a miscarriage or death.  But, in most of these cases I didn't know to look.  Little Matt was the last-born of a large family.  He could have easily been forgotten.

But, he and 39 other babies are not forgotten now...