Many years ago, I'm going to say probably about 1994, I attended the BYU Conference on Genealogy and Family History for the very first time.  I loved it!  Little did I realize that I would be one of the speakers many years later.  I have enjoyed speaking there for many years now.

At that time, I didn't use a computer for much of anything.  We had one in the house that my children knew how to use.  But, my thoughts were that it was a glorified typewriter.

One of the keynote speakers that year was Elder Neal A. Maxwell of the Quorum of the Twelve Apostles in the LDS Church. 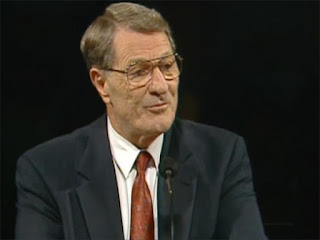 I have always enjoyed his talks and his writings, and have missed them since his death several  years ago.  At this particularly conference, he asked the question, "How many of you, when people find out you are tracing your family history, want to know how far back you have gone?"

Of course, nearly every hand shot up, with a ripple of laughter through the crowd.

He then gave some very wise counsel.  He said that instead of worrying about how far back we can go, perhaps we should clean up what we already have.

Truer words could not have been spoken.

In the twenty-one years since he issued that challenge, I have concentrated on the correctness of my own genealogy records, beginning with my own self.  I have found the following:
I had more cleaning up to do than I ever thought.  My parents were thorough, but there is more accessibility with today's technology.

Plus, perhaps they are helping me out a bit.

So, I needed to put a bit more effort into what I thought had been a pretty good genealogy.  However, I now realize it was only the beginning.

Thank you, Elder Maxwell!  I'll keep at it.