Christmas beauty of the day - Our first Christmas

Final Christmas beauty of the day.
Our ornament commemorating our first Christmas together.
It was 1977, and we were newly married just 25 days earlier. We were living in Silver Spring, MD, just a few short miles from my parents. Mom was weak, having had a heart attack in August on the day Elvis Presley died. Not because he died; it just coincided. Mom would only live seven more years.
As Kerry and I opened our gifts to each other, we also found a special one addressed to us from sister-in-law Susan Miller Whiting, all the way from California! It was of two cardinals, with the flip side saying "Our First Christmas, 1977".
This is another one of those keepsake ornaments that has hung on our tree for forty years. There are some things we'll just never get rid of or get tired of, and this is one of those things from "our" early years.
I hope you have enjoyed seeing some of the Christmas treasures that have been so memorable to us. Even my own children have commented on several of them as they recall the memories behind them.
So, I wish all of you Merry Christmas! And, may God's richest blessings be on you and your loved ones for the new year! 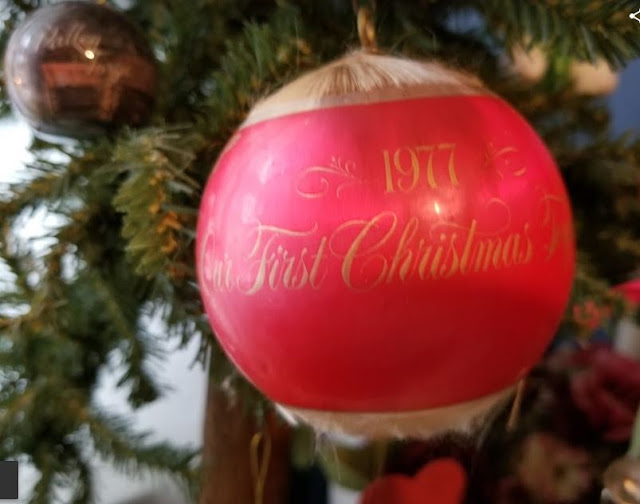 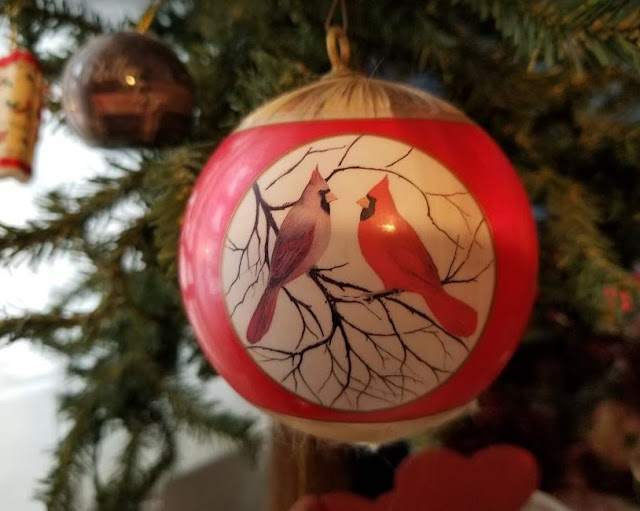 Posted by MissPeggy55 at 11:09 AM No comments: Links to this post

Christmas beauty of the day.
Elder Kerry Lauritzen's Christmas star.
Of all of the posts I've written this December, this one is my favorite, for it is filled with a deep Christmas memory.
Kerry served his mission in the Delaware/Maryland area from 1971-1973. He was 19 years old, and it was his first real long time away from home. He had left to enter the Mission Home in Salt Lake City in September (where the Conference Center now stands), and this Christmas would be spent away from his large family back in Utah while he served in Catonsville, MD.
Missionaries don't have much money. They didn't have it then and they don't have it now. A kind man man on a Christmas tree lot sold them a 4' tree for about $4, and they brought it home.
Now, for the ornaments. Missionaries are pretty limited in what they're able to bring on their missions. Christmas ornaments are not on the list.
So, Kerry cut out a cardboard star, glued some paper onto it, and with either a crayon or a yellow highlighter colored it yellow.
The two missionaries pooled their money and bought a string of lights and ornaments.
And, it's been on our tree every year for forty years, and on his own tree six years before that.
This 46-year old cardboard star represents to many things to me. It shows the sacrifice of a young man who left home to teach the world about the message and the hope of Christ.
It helped him to recall the legend of the tree his own mother told him about the Christmas tree:
That the star at the top represents the star of Bethlehem.
The twinkling lights represent the stars in heaven that night.
Angels on the tree represent the angels who announced and sang that night.
The presents under the tree represent the great gift He brought to each of us.
So, even though it's just the two of us, the star adorns one of our little trees. In my mind, it's the most treasured ornament we own. It was created when he was sacrificing two years of his life in dedication to God, and helped him to evolve into the man I would someday marry.
I believe when we take it down this year, I will frame it and keep it on display for my own memorable treasure.
It's another example that meaningful things don't always equate to fancy things. Sometimes, it might be something as simple as a cardboard star created 46 years ago. 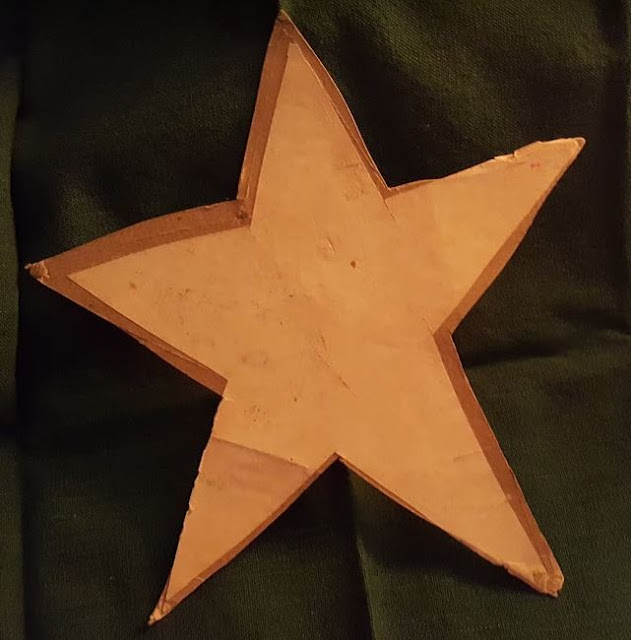 Posted by MissPeggy55 at 12:40 PM No comments: Links to this post

Christmas beauties of the day.
Red gingham bows.
It was 1963, and I was eight years old. Our Christmas tree was certainly not a decorator's tree. The ornaments were mostly homemade -- like the Christmas card I cut out and put into a cottage cheese lid during the school year.
Mom had an idea, and it has lasted 54 years. She had a yard of red gingham, and she carefully taught me how to use big scissors and cut it into strips. She then taught me how to iron, and I ironed all of those strips -- several dozen in all.
We tied those on to the tree, and all of a sudden it became very festive!
Those strips of red gingham have followed me for 54 years -- from when I grew up here in Mansfield, to when I moved to Akron at age 18, to when I moved to the Washington, DC area in 1977 and met and married Kerry, and back to Mansfield in 1979.
They are not fancy, by any means. But, they have been on every tree I've ever had in 54 years. As I was ironing them, I could tell my childhood cuts from my mother's experienced ones.
And, I shed a few tears in memory... 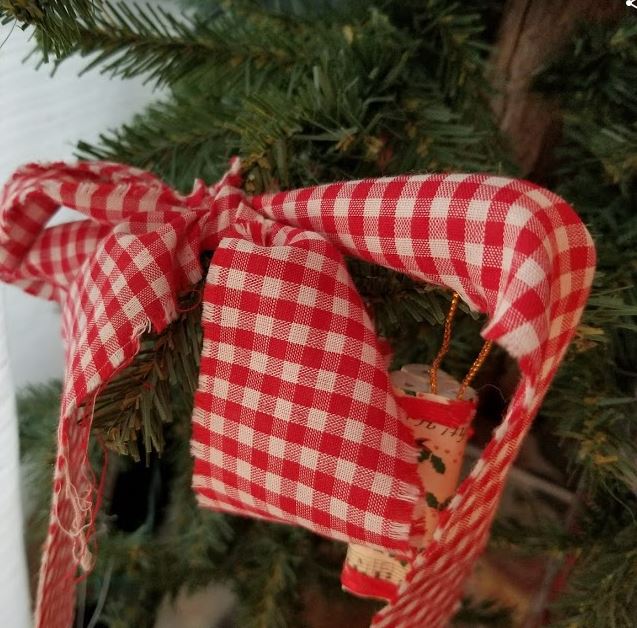 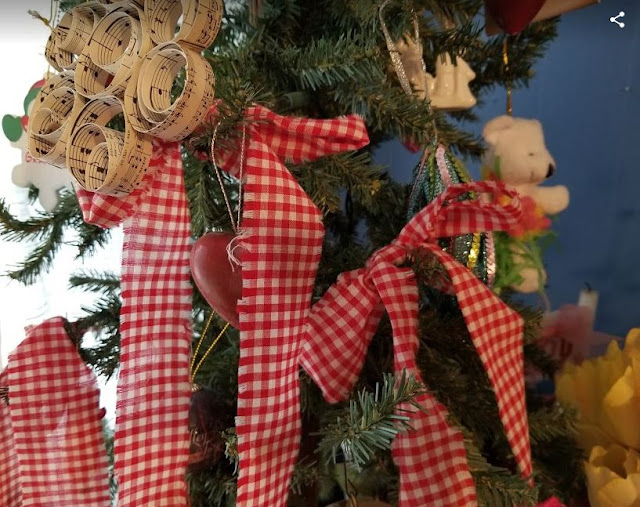 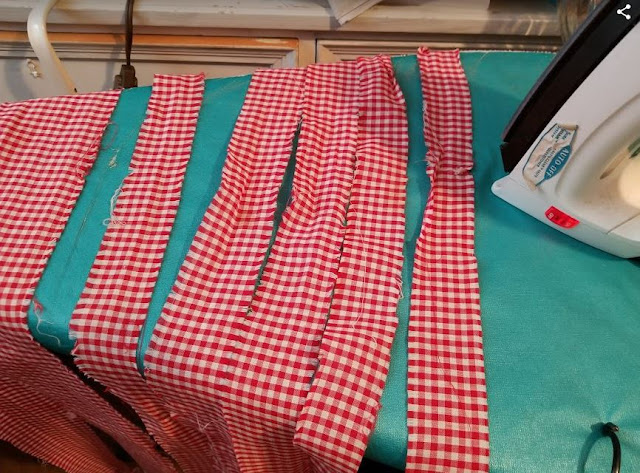 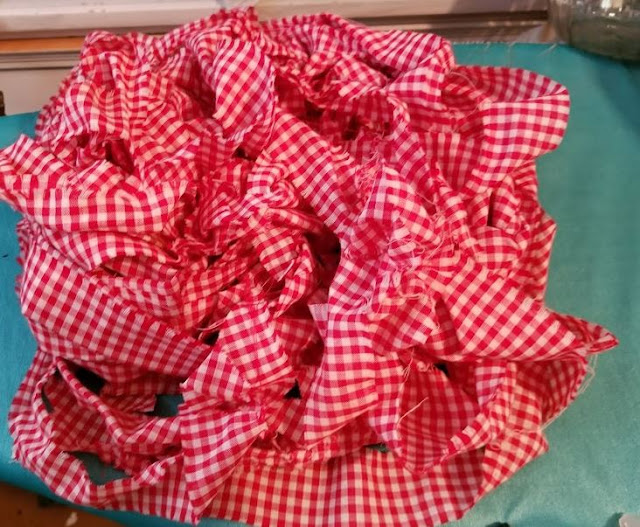 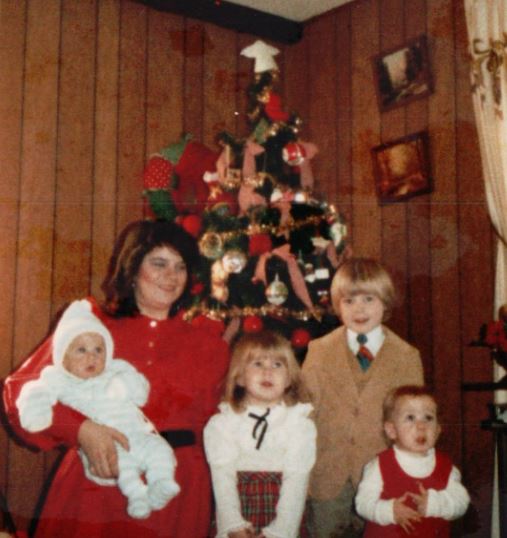 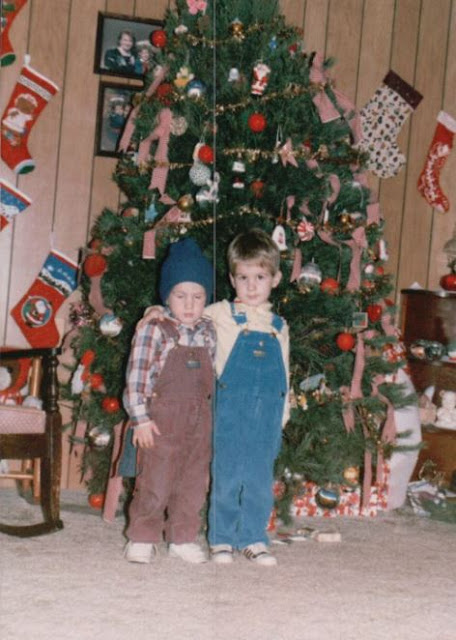 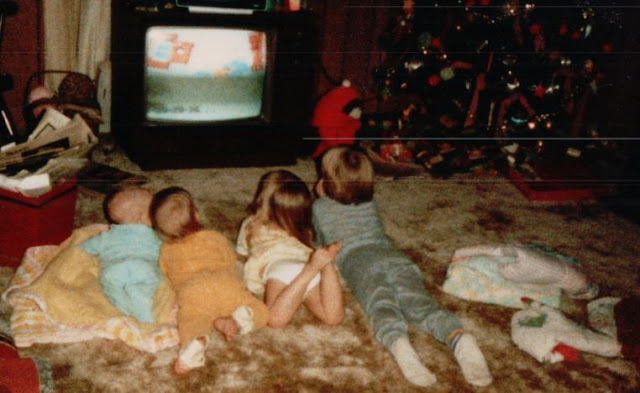 Posted by MissPeggy55 at 2:18 PM No comments: Links to this post

Christmas beauties of the day.
Royal Copenhagen Danish Christmas plates.
I had never even heard of these until about five years ago. A little, older man in our ward had just joined the church, and had led a fascinating life. At one point, he had been the curator of a Swedish museum, and talked and talked about Scandinavia to Kerry and me.
He met my three youngest children, and just adored them.
One day, he invited us into his apartment for a visit after we had taken him to church. He said he had something for us. As we looked into a box he handed to Kerry, we saw all of these beautiful blue plates.
I asked him to tell us about them, and he told us the story about them. They were his, and he was giving them to us. Their history can be found here: https://en.wikipedia.org/wiki/Danish_Christmas_plates
Then, one day I was at Goodwill and found four more!
Brother Seeburger is no longer with us, but I will always be grateful for this special gift honoring Kerry's heritage. 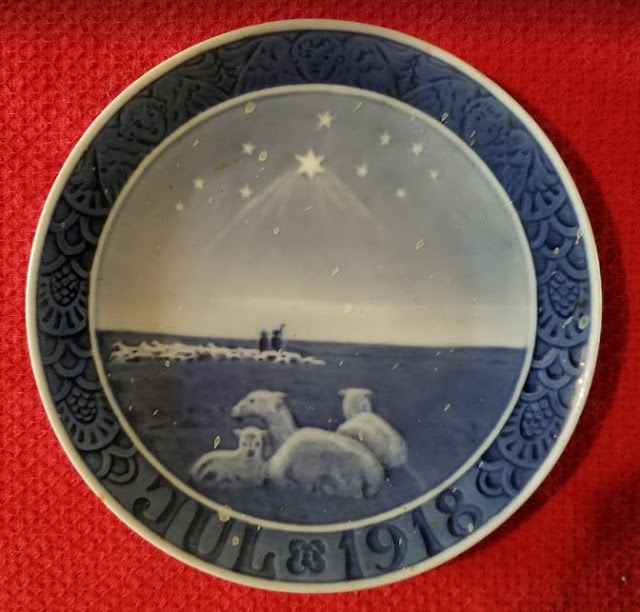 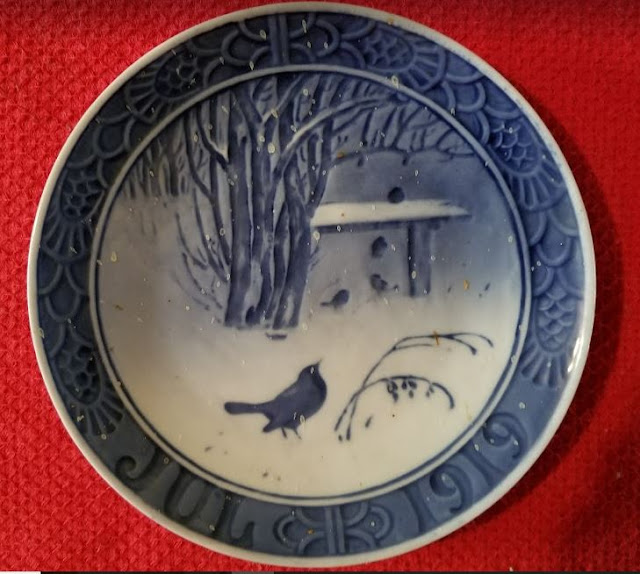 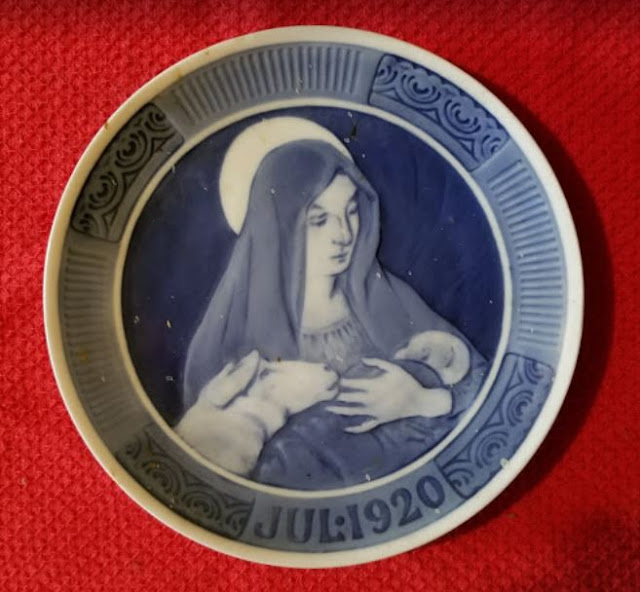 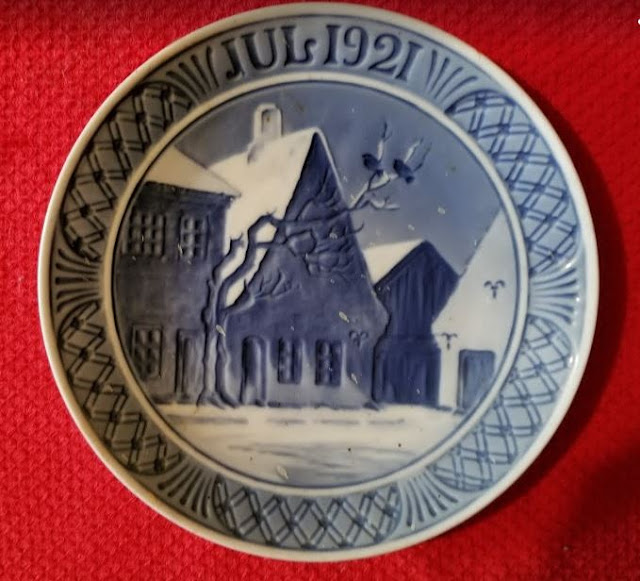 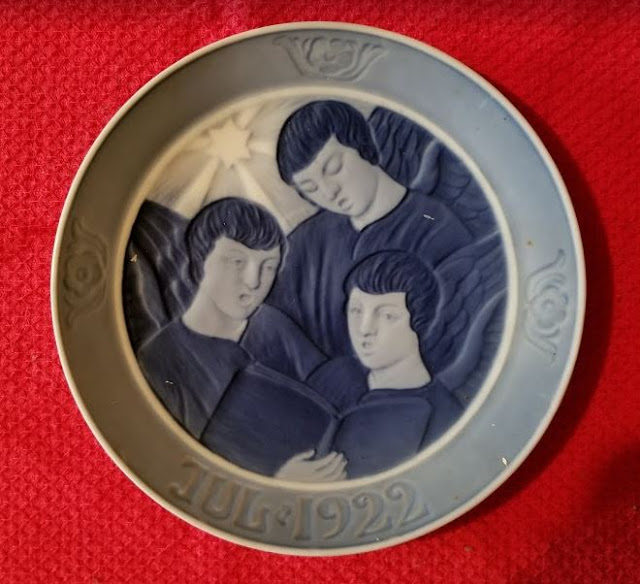 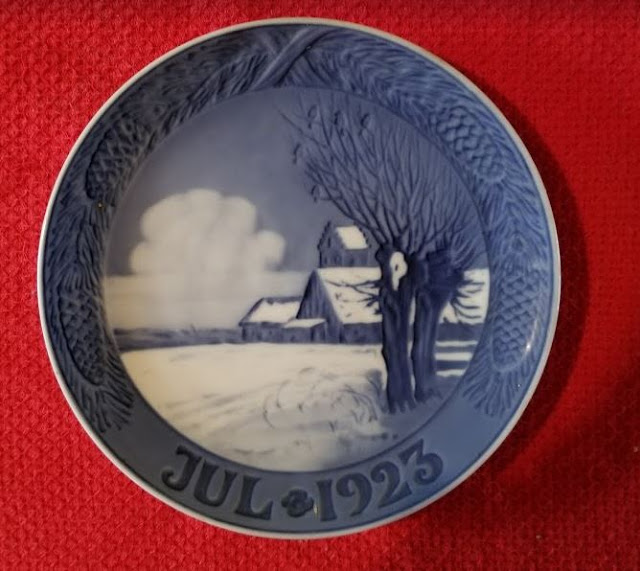 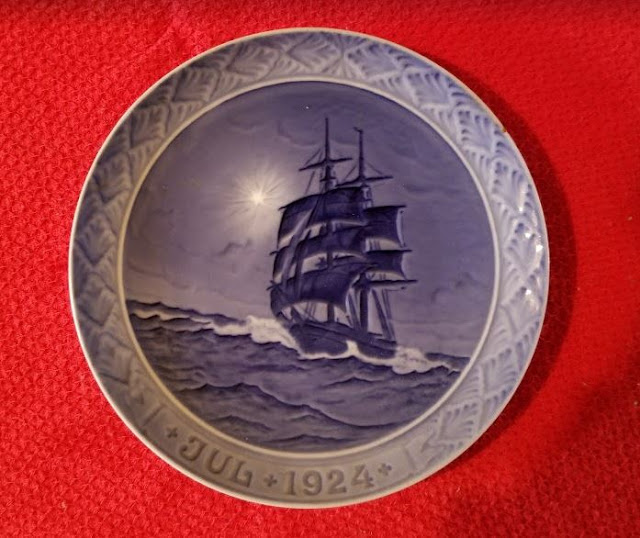 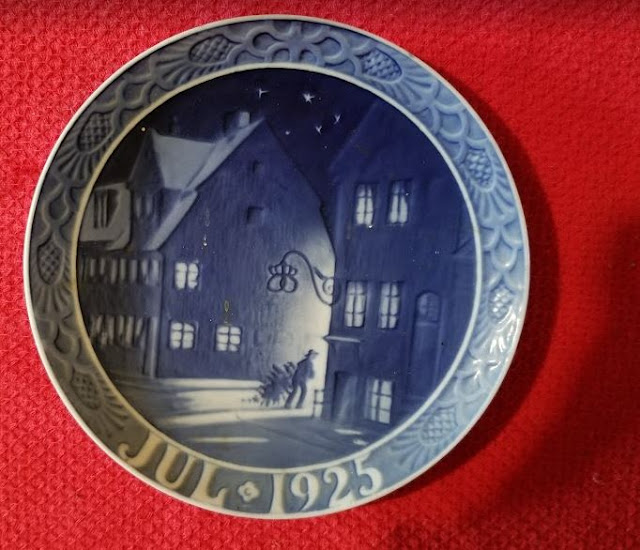 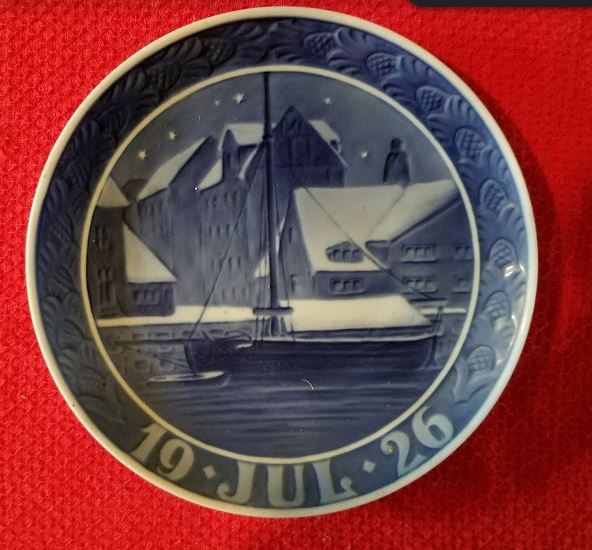 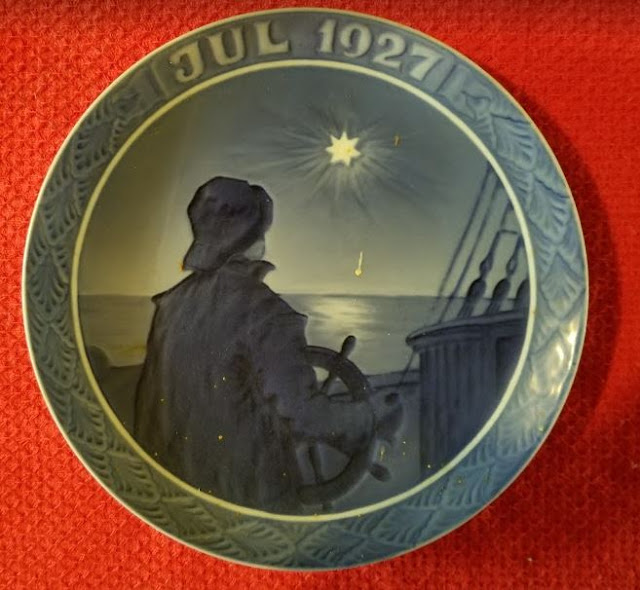 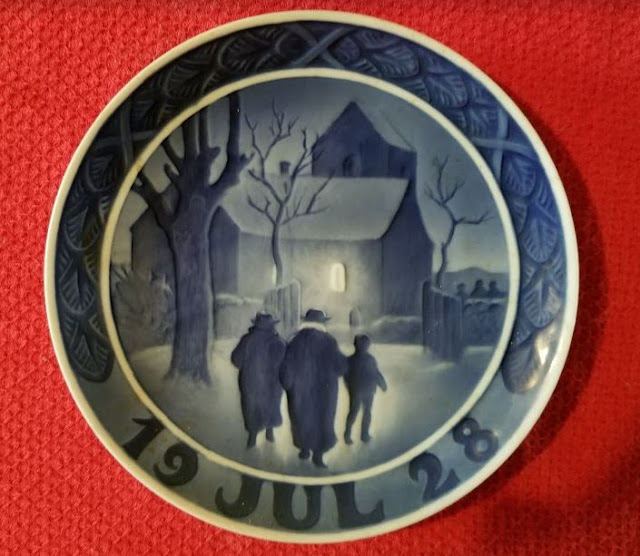 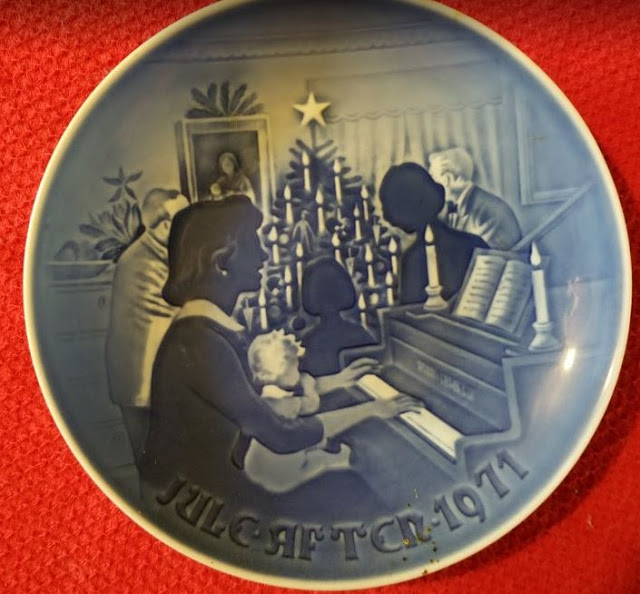 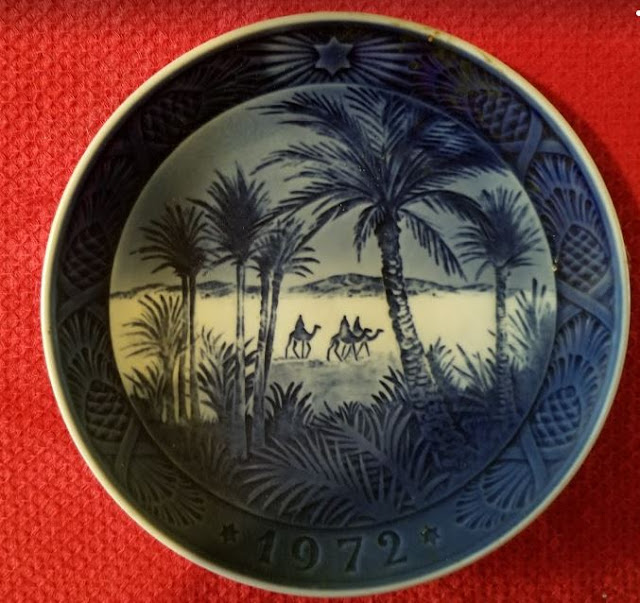 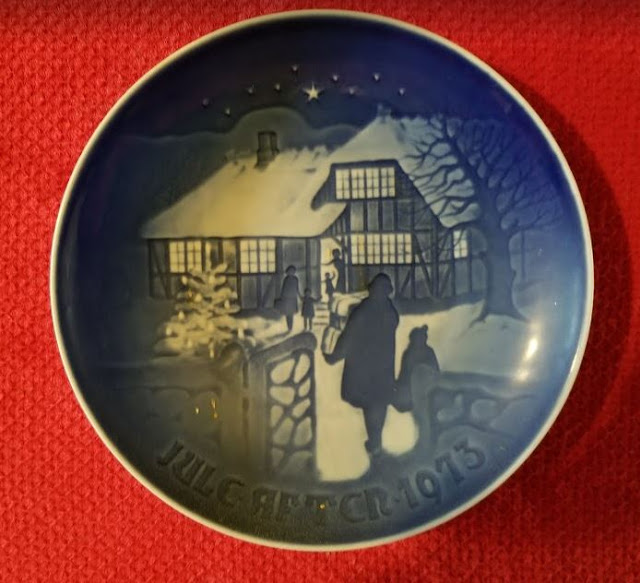 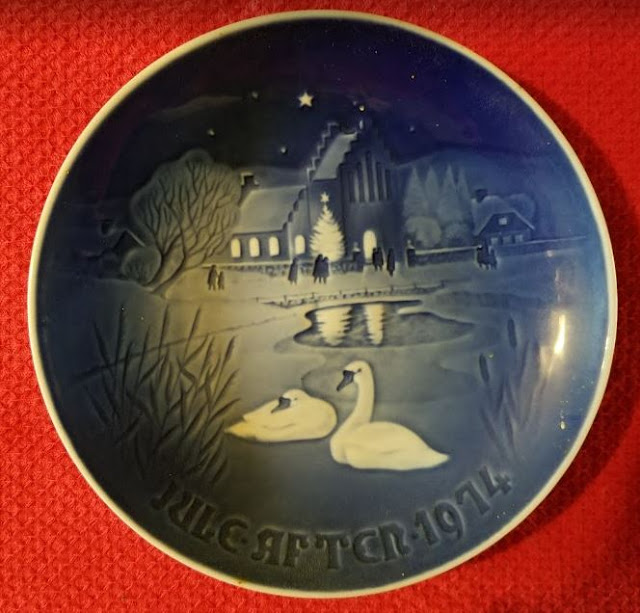 Posted by MissPeggy55 at 6:41 PM No comments: Links to this post