My sister Betty, who is closest in age to me, was born in Ethel, West Virginia. 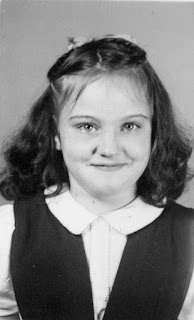 Except there is no Ethel, West Virginia.  Well, there isn't now.

One of the advantages of driving to a genealogy conference is the freedom to stop at places along the way.  Mr. Kerry and I use this time to take side trips and see the countryside.

I was a presenter at the National Genealogical Conference in Fort Lauderdale, Florida, and we made the drive to and from there.  It was a long drive, and it was wonderful.

As we entered West Virginia, I wondered how far off the beaten path Logan County would be for us.  It was only an hour, so off we drove into some of the deepest hills of Appalachia I've ever been to.  The trees formed a canopy that made it hard for the little bit of sunlight to penetrate.

My parents and two sisters moved to Logan County, West Virginia so that my father could find work in the coal mines.  Sister Betty would be born after they arrived.  I have written about parts of their lives here and here.  The second story particularly mentions the Battle of Blair Mountain that took place when my dad was just a boy.

We drove into the county seat, Logan, and began to look around for the house my family lived in.  I asked a few people, who weren't real anxious to talk to me.  I finally went into a McDonald's and put my "twang" on.  Suddenly, I became one of them.  They weren't sure where the street was, but I eventually found a policeman who took us right to it.

We drove to a place that had a street sign that said Ethel Hollow, and an even bigger sign that said, "No trespassing!"  Mr. Kerry, who values his life, thought it might not be a good idea.

Further up the main road was a coal camp, where a guard was sitting in a shack.  I asked him if he knew where Middle Rex Camp used to be.  He asked how long ago.  I told him my family lived there in Ethel in the 1940's.  He told us to go back down where the No Trespassing sign was.

With trepidation, Kerry drove back to the No Trespassing sign, and we drove back even deeper into the hills and hollers of Appalachia - exactly where my family lived, and where sister Betty was born. 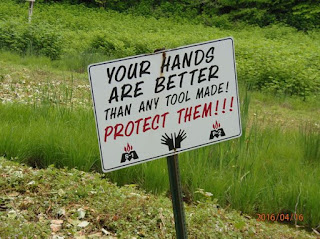 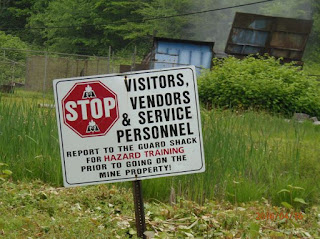 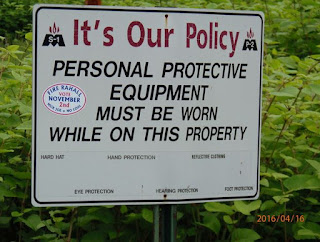 These signs are certainly a reminder of the hazards coal miners face on a daily basis. 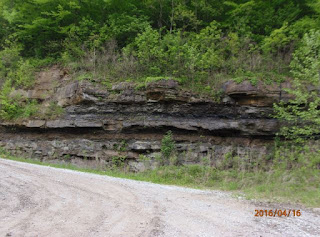 You can still see veins of coal in this abandoned coal camp. 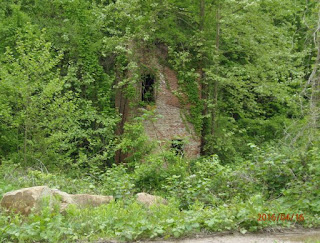 This structure looked like the corner of a building, or perhaps a chimney.  I didn't dare get close enough to find out. 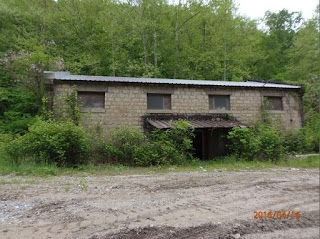 There was certainly no cell service back in the holler, but when we drove out I was able to call Betty for just a few seconds before we lost contact.  I was describing to her what we found, including the above structure.  She told me it had been the company store. 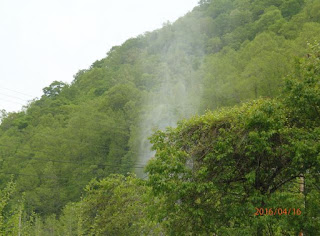 As my  mother would say, "That's groundhogs making coffee." 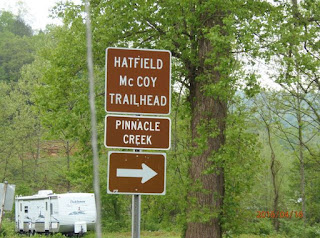 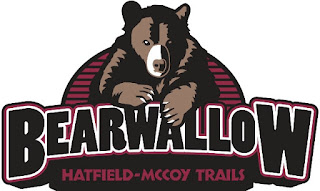 The Hatfield and McCoy Feud has provided somewhat of a boost to a very depressed economy in this part of Appalachia.  The road to Ethel is used by ATV's to get back to the trail. 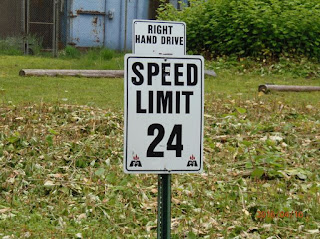 I don't think I've ever seen a speed limit sign for this amount. 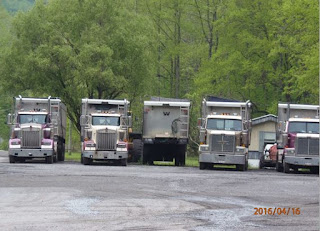 But, when those loaded coal hauls come barreling down the roadway, you know to get out of their way.  They can't stop, and fly straight out onto the highway.

So, did I find Ethel?  I found what is left of Ethel.  There isn't much, but years ago, a poor coal miner and his wife welcomed another baby girl into the family back in Ethel Hollow.

My dad, Chester Clemens, after a day of working in the mines.
He used to say that you went to work with blacks, whites, and Indians.  But, when you came out, you were all the same color.