The Best RootsTech Week Ever!

I am home from a whirlwind week at RootsTech.
And, I might add that I thought it was the best one ever!

I arose at 3:30 am EST to make the drive to Columbus, Ohio to catch my flight.
I landed at 11:00 am MST, and my feet hit the ground running.

Pat Richley-Erickson asked if anyone would like to meet up at the Blue Lemon for lunch at 1:00,
so I joined a whole bunch of genea-friends in a "getting reacquainted" lunch.
Need I say it was wonderful?

Afterward, I needed to get myself grounded.
I went to Deseret Book, and spent the rest of the day at the Family History Library.
It was humming, but not to the point of being overwhelmingly busy. 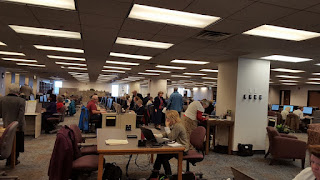 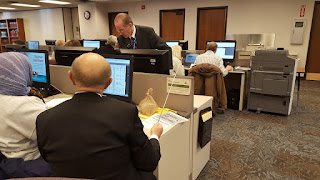 I just kept watching this missionary with a pointer.
What a great idea to keep from reaching over someone all the time. 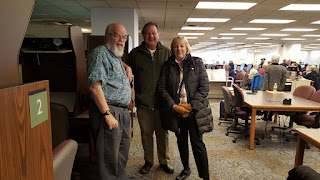 I ran into friends Randy Seaver, Kim and Denise Levenick, all from California. 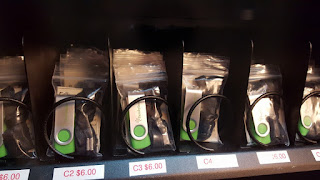 I couldn't believe I left my flash drive at home,
but the vending machines saved the day!

I went back to the hotel and rested up for what would be a busy few days.
I had planned to attend the Innovator's Summit,
but, opted to go on a tour of the Provo City Center Temple instead. 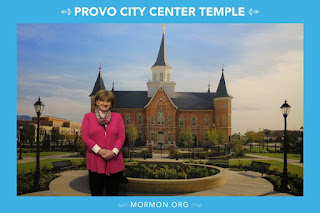 I have watched the reconstruction of this burned out tabernacle into a
Temple of God.
Words cannot begin to describe its beauty.

The evening was filled with a Media Dinner, where we were cued in on the number of participants and youth attending on Family Discovery Day.

Then, a wonderful treat for all of us!
Paula Madison, a former executive with NBC, told of her story unfolding as she searched for her grandfather, Samuel Lowe.
The search went from Harlem to Jamaica to China.
We then saw a private viewing of the documentary based on the story. 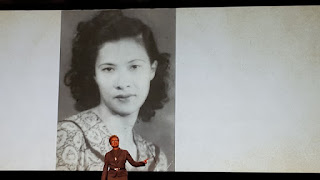 She would also be one of the keynote speakers the next morning.

Ambassadors and Bloggers had an invitation to tour the Expo Hall at 7:30 am,
so I dressed quickly and made it there in plenty of time.
Again, I met up with people I may only see once a year.
Paul Nauta did a wonderful job taking us quickly through the Hall
before taking us through a private area that led us out to our seats.

The excitement kept building and building.
Over 25,000 were registered.
It was wonderful!!!

Here are some photos of the entire week.
I won't go into detail on all of them, for many were posted on my FB page during the week. 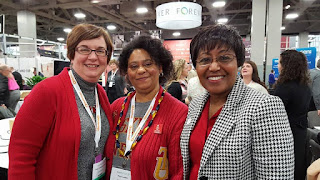 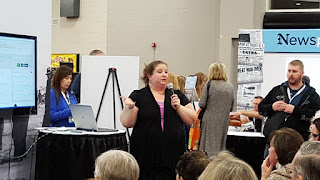 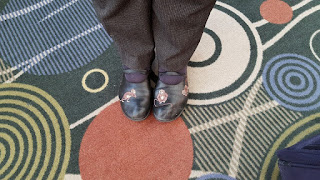 Audrey Collins and her monkey shoes. 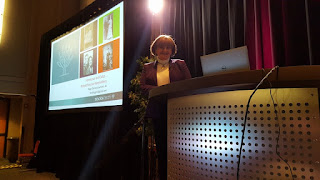 This is just before I gave my recorded session, which was streamed the next day. 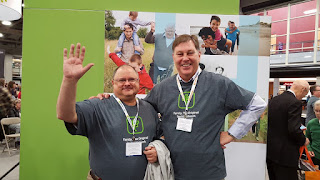 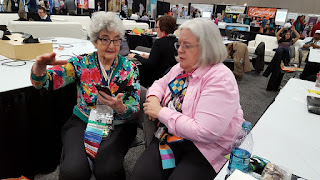 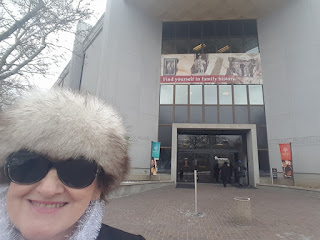 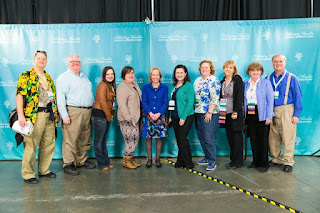 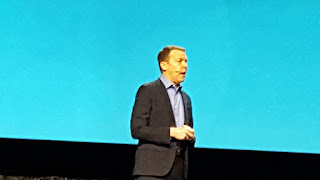 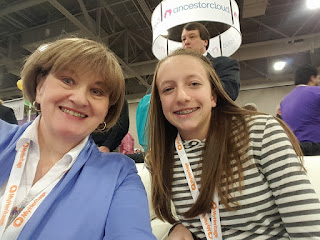 Ruby Baird is 14 years old, and is the youngest Ambassador.
This was her fourth year attending. 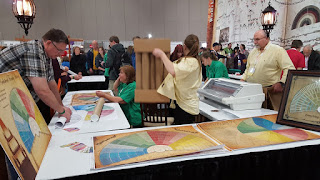 The chart printing booth was busy the entire time. 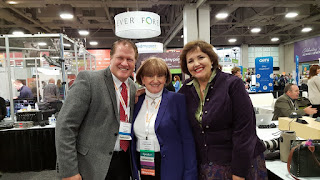 Scot and Maurine Proctor, two of my favorite people. 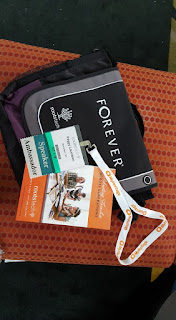 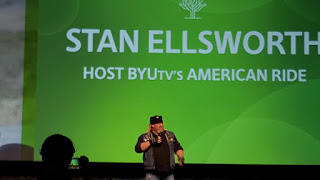 Stan came riding in on his Harley Davidson. 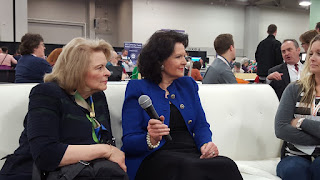 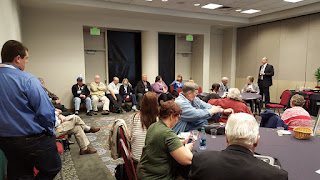 I am a FamilySearch Wiki Missionary, and this was our meeting.
It was good to put names and faces together.

RootsTech is an event I look forward to every year.
It was the first year I have attended alone.

There aren't many others in my family actively involved in tracing their family history,
and sometimes I can see their eyes glaze over when I mention it.
RootsTech gives me an opportunity to recharge and be with people who are genuinely interested in family history, and get excited about it.

Over 4000 youth attended this year, and there was a visible sense of energy with them being there.
Last year, there seem to be a bit more rowdiness.
This year, I detected none.
Where else could you get that many youth to give up a Saturday morning to come and listen in on classes about genealogy!?

I am not back in Ohio, and have been in recuperation mode ever since.
But, I am going to do what I counsel others to do after they re
urn from a conference:

1.  Don't put notes and flyers on a shelf, only to rediscover them a year later.
2.  Put some of the new things into practice - right now!
3.  Review some of the streamed sessions.
4.  Save up for next year!