Son Peter passed away just over five years ago.

When Mr. Kerry and son Jordan drove to retrieve his belongings shortly after his death, they remained in our basement for awhile.  There were two suitcases, and three or four plastic see-through tubs.

Try as I might, I could not go through them.  Each time I would open up one of the suitcases, his "scent" would come wafting out.  I would close the lid and make a note to try another day.

Mr. Kerry has slowly been going through some of the tubs.  There were miscellaneous papers which probably didn't have much meaning.  Nevertheless, he still went through them.

Once, he asked me if I felt I could look through some, too.  I did.  One of the things that slid out into my lap was a gift card for International Diamonds in the amount of $50.  Since it had been so long, I didn't even know if it was still valid.  I looked the company up online, and it directed me to Kay Jewelers.

This past week, sister Betty and I were shopping at a mall near her home when I spotted Kay Jewelers.  I wandered in, explained my story, and had them check the card.  Sure enough, there was the correct amount showing on the card.  I asked what they had in the store that could help me remember him for about that amount.

I had just received a beautiful bracelet from friend Lucie Consentino's daughter with a family tree on it.  We went to the bead showcase, and low and behold, I saw the perfect item.

I won't receive anything else from this son, but I now have an everlasting memory that will bring his memory to me each time I wear it. 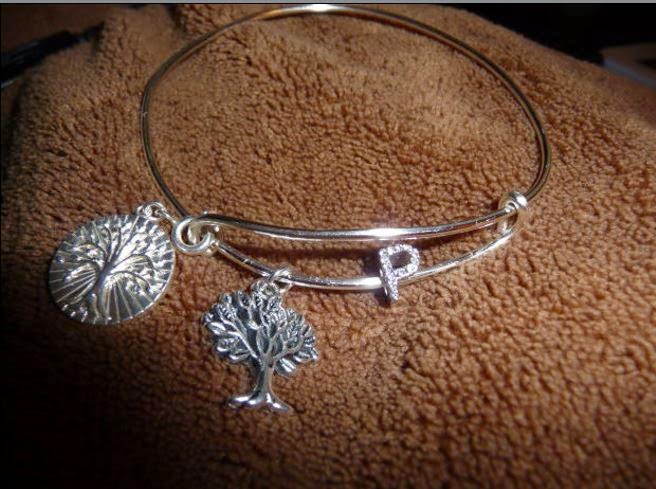 Email ThisBlogThis!Share to TwitterShare to FacebookShare to Pinterest
Labels: Peter