Tombstone Tuesday - Stones by a cabin

While going for a beautiful autumn drive a few days, I happened upon a cabin I've been meaning to stop by for several years.  It is known as Workman Cabin, and is situated in the southwest corner of central park of Loudonville, Ohio, not far from where I live. 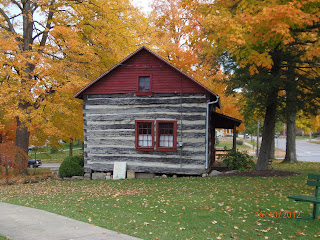 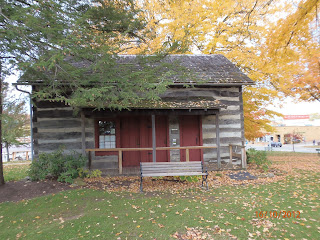 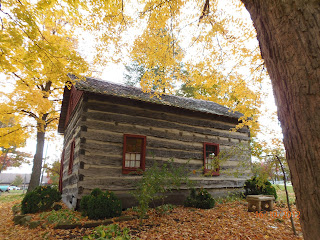 It was built on the original homestead about 1840, which was located about three miles from the town.  People had covered it with a type of siding.  It was removed and restored.   Later, it was moved on the back of a flatbed truck when it was donated to the local historical society.

Leaning up against one side of it were two tombstones, that of Hezekiah Clemens, who died in 1812.  I'm unsure of his relationship to the family. 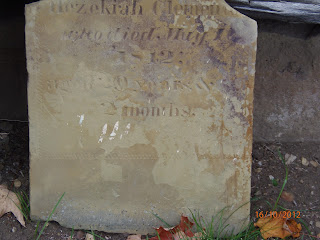 Beside him is the tombstone of Jerutia Workman, wife of Morgan Workman. 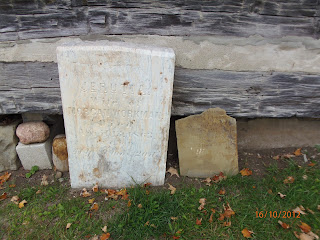 What a beautiful centerpiece for this little town!  I wonder how many drive by and never give it a second thought...